This program is a collaboration between the Dutch Pop Academy, Cultuurhuis Kanaleneiland and TivoliVredenburg and is part of the Uitfeest.

During Urban Sounds, two youth institutions present great home-grown talents, with the theme of hip hop and other urban genres.

Zaffré
Rhythm and music flow through Zaffré’s blood. He has been making music since childhood and has since found his place at the Dutch Pop Academy. This afternoon he turns the various acts together with his DJ set.

Dico
Dico is a multi-talent from Cultuurhuis Kanaleneiland that is making great progress: his track ‘Youngboys’ achieved 33,000 streams.

Zeki & PNM
The multi-language Zeki & PNM are talents of Cultuurhuis Kanaleneiland. Zeki & PNM put their French, Turkish and Dutch texts on catchy beats. Earlier they won the talent show De Boks Awards and became ‘talent of the week’ at FunX.

Fintense
Inspired by 2PAC and Mac Miller, among others, Finnish writes texts to express his thoughts to the world. Fintense studies at the Dutch Pop Academy and writes and produces everything herself.

El Cappuccino & Double-B
El Cappuccino is studying at the Dutch Pop Academy. His music is full of catchy hooks and strong verses. With successful tracks such as We Leven Nog and Weg van Huis, he reaches an increasingly large audience. He works a lot with Double-B, a producer with a recognizable pop & urban style. 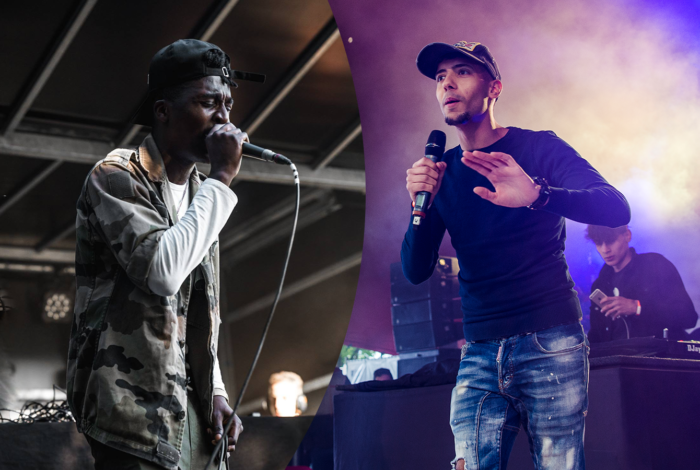