​Alto and soprano saxophonist Paul Weiling has been highly rewarded by the press for his “extraodinary, harmonically powerful supported lyricism” and for “letting his saxophone swing and jubilate with freedom and fantasy”.He is an adventurer and world traveller in music, combining Jazz improvisation and world music in various international crossover groups and projects. His performings and recordings so far include brilliant musicians from Spain and Greece, Cuba, Africa, India and the Middle East.

Paul’s last two CD productions have both been honoured by the press with five star reviews in De Volkskrant, among others. Tales of Tala is a groupformed by five musicians from India, the Middle East and Europe, exploring the Indian language (tala) of rhythm and improvisation. Their CDUntold has been released in 2012.With his groupCompasión and the CD Salmuera (2009) he discovered an innovative and convincing way for merging these styles into a new idiom. Together with percussionist and marimba player Leticia Bal he leads the Latin and world-jazz duoQuartier Latin, exploring new possibilities of live-on-stage sequencing or “loops”. In 2016 Paul started his Saxomatic Universe, a solo project combining saxophone soundscapes, live electronics and video art.

Besides leading his own projects, Paul currently plays with the John Fillmore Quartet (CD Amento) and as a guest soloist with Trio Son Cubano (CD Donde qiera se ven).

​Since 1995, Paul has been working at the Fontys Conservatory, Tilburg as a teacher for Jazz saxophone, ensemble and improvisation for classical trained musicians. Since 2006 he is also a mentor and study coach for a group of conservatory students. 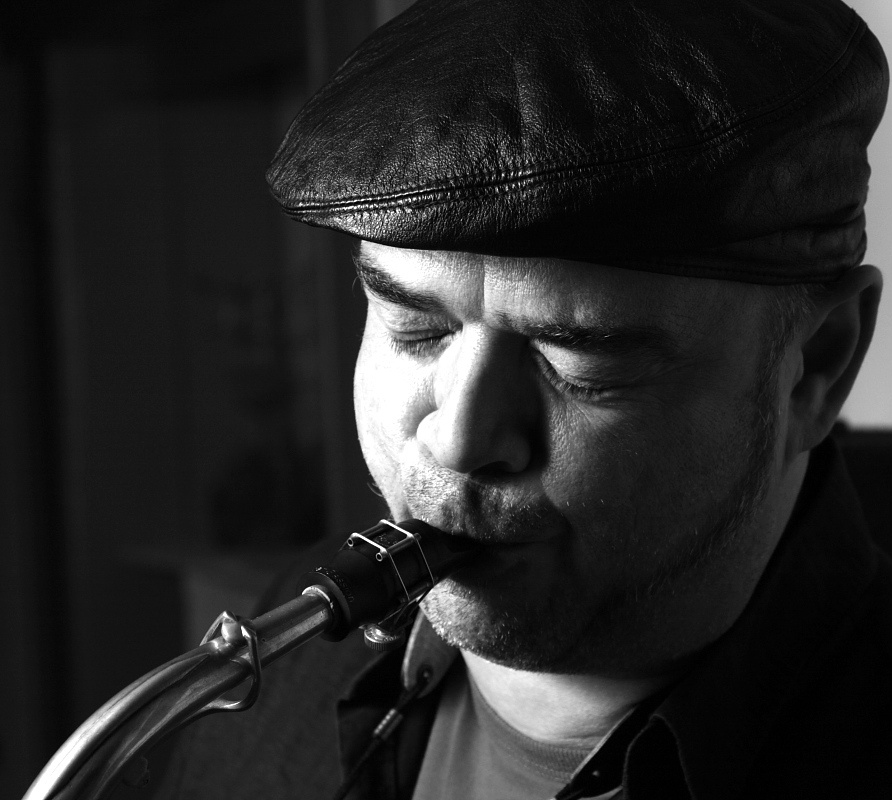