Natalio Sued, Rafael Vanoli, Gerri Jaeger – Opositor
Originally Argentinian saxophonist Natalio Sued preferred studying (at the conservatory), living and working in Amsterdam over a position as an avant-garde player in the jazz scene of Buenos Aires. With the German-French guitarist Rafael Vanoli and drummer Gerri Jaeger (who grew up in the Austrian Alps), Sued forms the international trio Opositor. The simplicity of Argentine folk tunes acts as a foundation for the rhythmic and harmonic complexity of jazz in most pieces. No music for listeners who are unlikely to be misled, but a must for the true lover of the trackless path that in this case leads to a completely unique and recognizable “soundscape”. Do not be alarmed by an unsicked saxophone solo or other dissonants. At Opositor, sooner or later, every melody ends up on its feet again. And if it threatens to get too slippery – Sued is not Gato Barbieri – then the maestro blows some perspective through it. 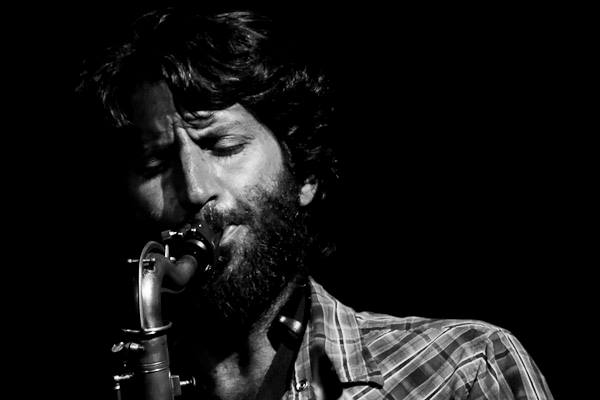