No one turned away for lack of funds. Contact geoffberner@yahoo.ca to get on the guest list if you are broke.

On November 1, 2019, Vancouver singer/ songwriter/ accordionist/ novelist/political activist Geoff Berner returns with new left-wing Jewish music for our perilous times. Grand Hotel Cosmopolis is the first new klezmer-punk album from Berner since 2015’s We Are Going To Bremen To Be Musicians. Released on Coax Records in Canada and worldwide via Coax Europa (an imprint for Coax on artist run record label GiveUsYourGOLD in Berlin), a new label set up as a European bridgehead for Coax artists.

Since Whiskey Rabbi was released in 2005, Berner has been making klezmer music fused with the energy and rudeness of punk. The Globe and Mail called him “the avenging angel of klezmer,” and with songs like “Dalloy Polizei (Fuck the Police)”, Berner’s work is overtly political and controversial.

The new album and its title song are inspired by the Grandhotel Cosmopolis, located in Augsburg, Germany. The ‘Hotel’ was started ten years ago, when a group of activists took over an abandoned high school. Their vision was to turn it into an artsy, inexpensive hostel for travellers of all kinds, as well as safe and free housing for refugees and asylum seekers.

Half of the space in the Hotel is taken up by families of displaced people from Syria, Somalia, Myanmar, and many other places. These people stay for free or on a pay-what-you-can basis. They earn money and their first German work experience by helping run the hotel.

The word “cosmopolitan” is a slur that anti-Semites have historically thrown at Jews. Stalin and his henchmen preferred the term “rootless cosmopolitan” for Jews during the Soviet pogroms. The basic idea was that Jews, being town people – as Jews were historically forbidden to own land – were disconnected from the soil, and therefore decadent and corrupt.

For Berner, the idea of a party at the Grand Hotel Cosmopolis, an oasis of welcome and relative safety for people on the run – in Germany of all places – is a perfect way to talk about Jewish solidarity with oppressed migrants, and about how good things are still possible.

That’s the goal of Grand Hotel Cosmopolis – to use the Jewish leftist cultural tradition to inspire people to defend the human values of decency and the right of every human being to a life of safety and freedom, while having a fun time doing it. You’re welcome to come stay awhile. 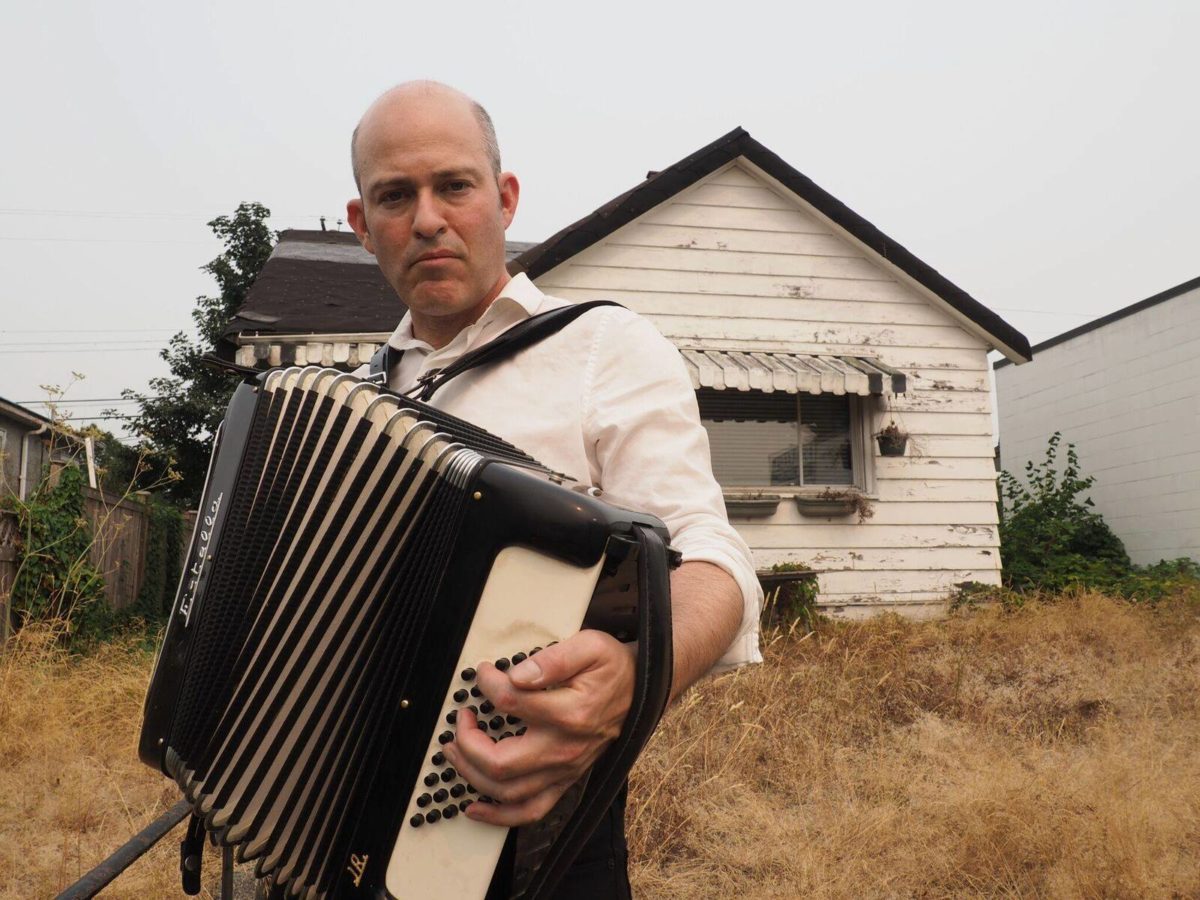