Echoes of Industry @ The Waterhole

The band Echoes Of Industry was founded in 2009 by Patrick Kusters (vocals, guitar) and then drummer John with the aim of covering popular rock songs. After some changes, guitarist Rolf Bax and bassist William Verhoeven joined the band.

Echoes Of Industry developed rapidly and now has over 50 well-known rock covers in the repertoire. In recent years they have appeared on various stages in the region, including Geldrop-Uit, Harleydag Valkenswaard, Bigtwin Bikeshow Autotron Rosmalen and Oranjemarkt Veldhoven.

With well-known covers from bands such as U2, Dire Straits, Kings of Leon, Rolling Stones, Kane, Fleetwood Mac, REM, Red Hot Chili Peppers, Direct, The Police, etc. they reach a wide audience and are ideal for the rock edge at every event.

After 5 years we said goodbye to John and we are looking for a new drummer to broaden our repertoire, to put on cool performances and to make nice music. 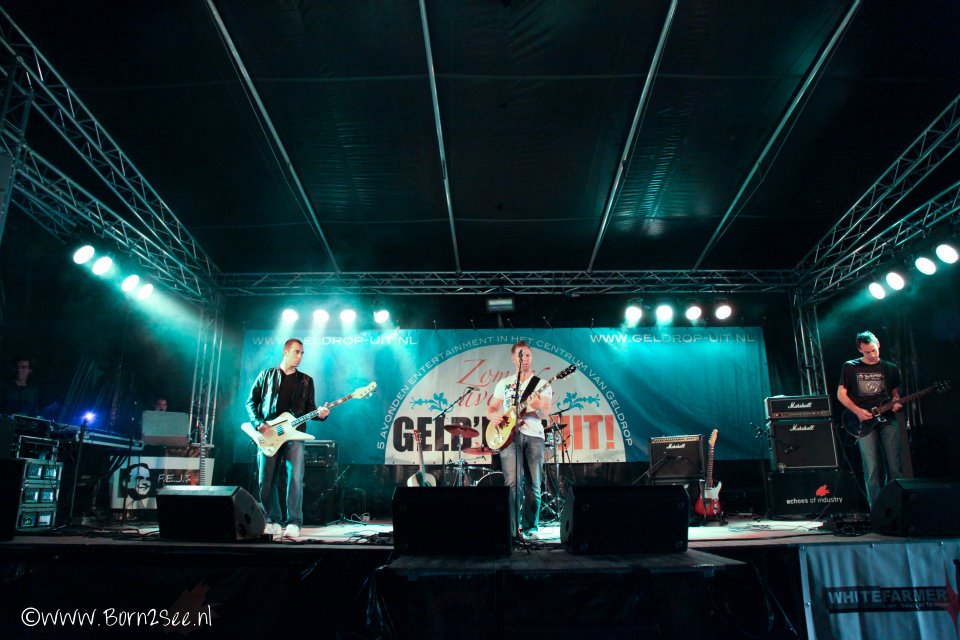