From the battlefields in Iraq to the legendary stage of Radio City Music Hall, the American Hitmen have done it all! Brothers and Marine Corps Combat Veterans, Tim and Dan Cord, founded the band with fellow Marines and musicians in 2005. After serving 4 honorable years and 2 combat tours in Iraq, they decided to leave the Marine Corps to pursue a career in music in 2007. The brothers left the over-saturated Southern California music scene and moved to Utah, where they fell into true harmony with the addition of drummer, Phil Snyder, and bassist, Dave Briggs.
In late 2009, the band was invited to be the first American rock band in 36 years to perform in Vietnam. At the Ho Chi Minh City Hard Rock Café, the American Hitmen brought a new and unfamiliar sound to the Vietnamese people, performing Aerosmith’s “Walk This Way” with none other than Run DMC in front of a sold-out crowd, on the night of the Hard Rock grand opening.
> In 2013, the band auditioned for and made it through 3 elimination rounds on Season 8 of America’s Got Talent, finishing out their run with a pitch perfect live and televised performance at Radio City Music Hall. With their new found popularity, the band hit the North American tour circuit with a fury! Within the last 3 years, the American Hitmen have performed alongside some of the most internationally recognized musicians, such as Foo Fighters, Living Colour, Black Stone Cherry, the Charlie Daniels Band, Sheryl Crow, 3 Doors Down, Social Distortion and many more!
As of 2018, the American Hitmen have performed in 30 countries, on 4 continents, and in 43 US states, on both commercial and Armed Forces Entertainment tours. The Hitmen have gained a sizeable and loyal international following as a result, leaving both civilian and military fans and venues begging for the band’s hasty return to their side of the world.
In 2018 Tim Cord parted ways with the band. Phil Snyder discovered new frontman Jake Isaacson playing in a bar in Salt Lake City that fall. A Utah native, Jake moved to LA when he was 17 and played in various bands in Los Angeles, CA for seven years. After playing in every venue his idols rocked, Jake returned home to work in radio and continued to hone his craft. Keeping the American Hitmen tradition alive, the band has since taken the stage for a number of performances together, including an NFL halftime show.
The American Hitmen embody the definition of all things American and Rock ‘n’ Roll! 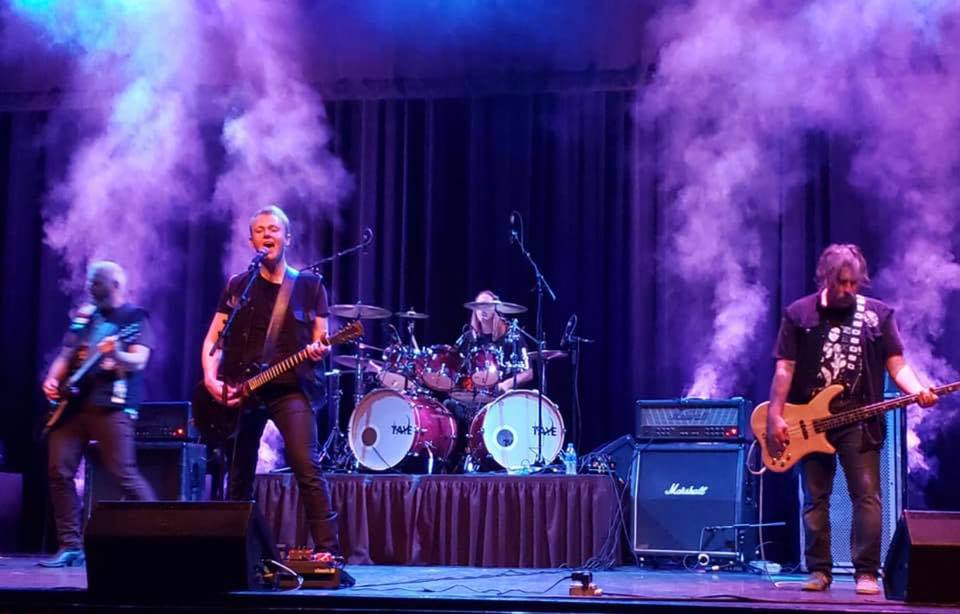